Welcome to the galaxy's largest selection of science fiction collectibles and memorabilia. 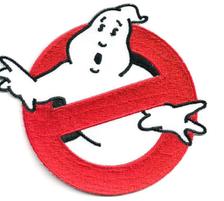 Intergalactic Trading Company has been one of the major players in the world of science fiction collectibles for 40 years.

With a single item add placed in Starlog Magazine in 1978, the mail order business started with a bang. Intergalactic now ships orders to more than 50,000 regular customers around the world. The internet has caused several major changes to the way Intergalactic operates. Gone are the large full color catalogs- gone are the two retail stores. These have been replaced with several website and over 20,000 individual listings on eBay and Amazon.

On this website, we will have over 2000 different Sci-Fi TV & Movie patches, pins, necklaces, keychains, etc. We also have most of the costume, rank pins and uniform insignia worn on the shows so you can create your own replica costumes. We hope you enjoy your shopping experience. If you have any questions, do not hesitate to contact us. Thanks!

FOR THOUSANDS MORE RARE & COLLECTIBLE SCI-FI ITEMS VISIT OUR OTHER WEBSITE AT SCIFISTORE.COM

Intergalactic Trading Company was formed in 1975 by Sue Cornwell and Mike Kott. Sue had been watching Star Trek since its inception in 1966.

During her college days in Maryland, majoring in Art and Sociology, she and a group of friends heard about the first ever Star Trek convention in 1972, in New York City. As they gawked around the convention, it occurred to Sue that the dealers were getting the same experience, the same enjoyment that she was, except the dealers were making money while she was spending it. After graduating, Sue began a career training horses, a love that she continues to enjoy with her own horses today. However, horse training wasn't putting a lot of food on the table, and so she ended up at a Star Trek convention as a dealer selling hand painted T-shirts in 1974.

Mike, on the other hand, was busily pursuing a career in Geological Engineering (a fancy name for digging holes in a swamp)! He was also an avid comic book collector, and supplemented his income as a part time comic book dealer, primarily at Star Trek conventions. In those days, comics comprised the largest category of Star Trek convention merchandise. Mike started selling comics out of the back of his car at a flea market and making more money in a weekend than his 50-hour-a-week Master's degree job was earning him. In 1975, he became a full time comic book dealer.

Mike and Sue met in 1975, and for a short time engaged in a partnership with a now defunct Star Trek memorabilia company. They both worked hard, and learned a great deal about what to do, and what not to do, to make a business succeed. After six months, Mike had had enough and left with his share of the partnership stock. Sue followed shortly thereafter, bringing her share of the business with her. Over dinner one night, Sue and Mike discussed their mutual aspirations and several hours later, Intergalactic Trading Company had come into existence.

From their one-car garage stacked high with Star Trek merchandise, they traveled the country at Star Trek and Comic conventions, earning and learning more secrets of the trade. Not too many months later, Mike and Sue's house was completely overrun with merchandise. An industrial lot was located nearby, and a warehouse was built. A second larger warehouse followed and now contains 25,000 square feet of space filled with a 40 year accumulation of collectible and non-collectible items. Their travels to Sci-Fi conventions have totaled over 1000 appearances throughout the USA and around the world. You can still see Intergalactic at close to a dozen major conventions every year.

Mike and Sue are also the authors of several editions of the Official Price Guide to Star Trek & Star Wars Collectibles with more than 100,000 copies in print over the past 25 years. The most recent version of this reference book has been divided into two separate books published by the House of Collectibles section of Random House and distributed to all major book stores in the United States. The most recent Star Trek edition was released in the spring of 1997 and the Star Wars edition in late 1997.